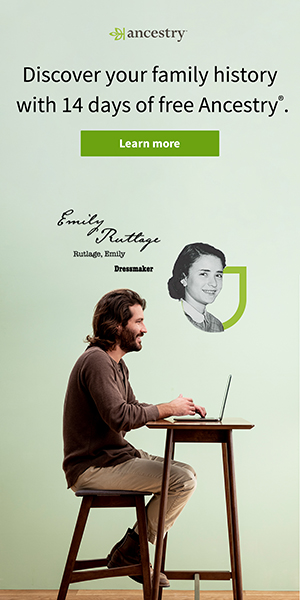 In 1864 Abraham Lincoln faced a tough re-election fight. History shows heated political rhetoric is nothing new, a reminder as we approach the 2018 midterms.

*Disclaimer: This series of articles should in no way be taken as an endorsement of any political group, party or candidate. It is simply a look back at historical events to illustrate the fact that heated political discourse is not a modern phenomenon. There is nothing new under the sun.

In part one the rancorous Election of 1828 was discussed. Fast forward thirty-six years to an election that took place as the American Civil War raged. The incumbent, Abraham Lincoln, was facing an uphill re-election battle. The cost of basic foodstuffs was through the roof.1 Personal insults were de rigueur. Civil unrest was common and serious riots took place, like the 1863 Draft Riots in New York, the flames of which were fanned by politicians and the media. That episode alone resulted in the death of 119 people.2

As the campaign for the presidency got underway in 1863 and 1864, the odds that President Lincoln would be re-elected were so unfavorable, supporters, cabinet members and even family were mired in a sort of hopeless melancholy. Lincoln's desperation seemed fueled by his view that his inability to get re-elected spelled certain doom for the Union, as his possible replacement campaigned on the impossibility of saving it. The president was quietly laying the groundwork for a peaceful transition of power should he lose; a cherished American tradition, but a precarious situation during a time of war.3

With the war dragging on into its third year, a conflict-weary populace grew understandably angry and restless and Lincoln's prospects for re-election went further downhill. Lincoln's fortunes rested on the mood of the citizenry and their concept of how the war was being fought. Like politicians today, his fate rested almost entirely on public perception. The panic of the voters was palpable. As a side effect of war, the prices of everyday commodities had skyrocketed, further agitating the country's inhabitants. Bacon, for instance, was about $500 per 100 lbs. Just one pound of butter was $15, a barrel of flour a whopping $250. Waves of refugees into Atlanta overwhelmed a city with already depleted food supplies.4

In a bid to end the War, Lincoln issued the emancipation proclamation, angering pro-slavery Democrats. He was accused of dividing the nation and of being the reason the South seceded. Lincoln's own Republican Party encouraged others to run to unseat him, something that is thought of today as unusual in an incumbent president's run for a second term. To the anti-slavery wing of his party, he was handling the South with kid gloves. Mutual distaste for the president stretched across the partisan divide, giving rise to strange political bedfellows. Even President Lincoln's political allies believed him to be unsophisticated.5 Critics on both sides of the aisle blasted Lincoln's decision to suspend some civil rights.6 One of Lincoln's own in-laws, Lockwood M. Todd, spoke out against him. In 1861 Todd was said to have called his family's association with Lincoln a “disgrace,” and that he “would not vote to save him [Lincoln] from Hell.”7 Despite Todd's rhetoric, in 1864 President Lincoln gifted him a plum appointment, adding to several other unpopular nepotistic actions.8

The media showed the president no quarter, mocking his nickname “Honest Abe,” implying he was a liar.9 Men like Horace Greeley, an influential journalist at the time,10 were pessimistic about President Lincoln's chances and even feared the toppling of the country, should he run for re-election.11 Newspapers of the day called members of Lincoln's cabinet, “imbecile[s],” Lincoln himself “practically a dictator,” and charged that he had “unnecessarily prolonged the war...allowed thousands of brave men to be slaughtered in vain.”12 Mr. Lincoln's actions were said by the press to be “ the wreck of democratic institutions on this continent.” [emphasis mine]13 Anonymous opinion pieces were published,14 not dissimilar to today's news stories that rely on mysterious “sources with inside knowledge,” and “those with knowledge of the subject,” and containing just as much hyperbole. Unflattering cartoons of the Republican incumbent were prevalent . Notable highlights include one depicting Lincoln soliciting votes from wounded soldiers on the battlefield.15 Another showed his opponent, George McClellan, holding President Lincoln's “skull” next to an open grave in a reference to the Shakespearean play, Hamlet.16 In addition to the insulting caricatures of President Lincoln, the Democrats labeled him, “[an] awful woeful ass,” and “[a] grotesque baboon.”17

President Lincoln was renominated in the Summer of 1864 by an interesting, parliamentary-like partnership, the National Union Party, comprised of War Democrats and Lincoln Republicans.18 This new political marriage was made up of the unlikeliest of allies and they were labeled "mass murderers" by the media for supporting Lincoln. Lincoln's opponent, George B. McClellan, was a former commanding general of the Northern troops in whom Lincoln had lost confidence for not fighting the Confederates aggressively enough.19 The Confederate states that had seceded the Union did not participate in the election.20 By the end of August 1864, Lincoln's prospects for re-election had changed little. However, with General William T. Sherman's wantonly destructive march from “Atlanta to the sea,” the tide of public opinion began to turn in Lincoln's favor. A military campaign designed to terrorize Georgia's citizens to the point they ceased fighting, Sherman's March was a raging success.21

Mr. Lincoln and his running mate, Andrew Johnson of Tennessee and a Democrat, won handily. While we usually know who the victor is the night of the election nowadays, in 1864, returns made their way in more slowly. However by 9 November, the day after the election, returns were looking so favorable for President Lincoln's re-election, the Chicago Tribune felt comfortable all but calling the race in his favor.22 Apparently the Union's improving fortunes in the Civil War contributed to a landslide, garnering the Lincoln-Johnson ticket 212 of 233 electoral votes form the states that participated.23

In a country with a free press, it cannot be all that surprising that the political whims of a nation can turn on a dime. Despite all of his detractors and the naysayers of that time, today we regard President Abraham Lincoln as one of the best Commanders-in-Chief the United States ever elected. History is more often than not the final judge, reflecting on events far removed from their emotional circumstances and with, hopefully, the wisdom that the passage of time affords.

(Lincoln Campaigning on the Battlefield Political Cartoon - The Commander-in-Chief conciliating the soldier's votes on the battle field, 1864. Photograph. https://www.loc.gov/item/2008661672/.)